Happily married in 2009…. and after a year of marriage it was time to make a baby.  The question ‘are you pregnant yet?’ was asked by everyone!

After two years of trying to conceive with no luck we decided to start getting tested.  While talking to a friend at work, he suggested Montreal fertility Center.  We booked the appointment right away.

In 2012 we did all the necessary testing to find out there was nothing wrong with us…that they can see.  How could that be possible?  The doctor told me that it’s like playing basketball. Trying to get it in the net 20 times and missing! What are the odds of getting it in the 21st time?  He suggested we start treatments. We took some time to think about it.  It was really was hard to make that decision and not to continue naturally.  As a woman it was really hard to give up and do artificial insemination.  We did this twice and it didn’t work. He then said the next step was IVF.  We took some more time to think.  What helped me make the decision to do it was talking openly with friends about our problems and one of them came to me after and asked if she can give my number to one of her friends who was going through the same thing.  After speaking to her this is what made me realize that it isn’t a bad thing to do the treatments.  We are lucky that there are doctors there to help us and treatments! 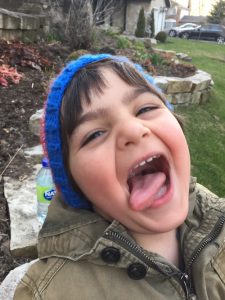 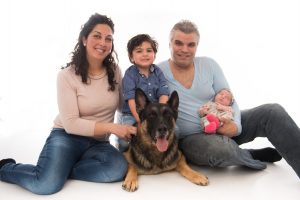 Here is the clip from a segment I did on Breakfast Television Montreal talking about my story.

There have been so many women coming to me since I did this segment.  If you’re struggling with fertility talk to someone, find a support group.